Everything was dark around me. I recognized sounds, shouts and voices. I knew where they came from, but everything was covered by night. Black. Completely. I could imagine a car as I heard its noise or the face of a woman when I heard her voice, but I couldn’t picture her face or the color of the car because I couldn’t see: darkness was all around me. I was terrified, disoriented, motionless, and dipped into all that ink. Suddenly a hand held my elbow.

“I’ll help you get out of here,” said a woman’s voice.
“Yes,” I answered weakly.

I wanted to tell her I was scared, but the way she held me told that she already knew.But, I thought, whose hand is this? Someone I can trust? Can I trust this hand? Yes, I think so. How terrifying it was to be dropped into this deep nothingness! The day became darker than night; sounds became deafening and chaotic into the flat and endless calm of that night! Unexpectedly, there was a gleam of light. The more I walked, the bigger the light became. I faintly caught sight of some heads. The hand slowly let my elbow go, and I ran to the light without hesitation. How bright it was there! It was so strong! I squinted for a while, and when I reopened my eyes I saw the serious face of my teacher busy checking to see if she had lost some of the students in the darkness we had just escaped.

It was 1992. I was 8 years old and I went with my primary school class to the Rome Convention Center to undergo the experience of blindness. It was Blindness Awareness Week in Italy, and a huge black cube had been erected at the Convention Center. One could go inside it, lead by a blind person, and make their way through a course that simulated the task of crossing the street, a walk across a small bridge, finding your seat in a bar, and so on.

At the time I was particularly shocked. I couldn’t sleep for many nights, terrified to wake up blind the next morning. I saw my classmates laughing and playing the day after as if nothing had happened, and I couldn’t understand why they weren’t as scared as me.

“It was awful! How could you not be afraid? You could become blind in an instant while you’re playing football!”

I would say to them with an expression of superiority, although on the inside I envied their calmness. With time and my mum’s snuggle the fear of becoming blind faded, but over the years I sometimes wonder why I was so scared, why I felt so terrified. Maybe now, having become a photographer, I have found in part my explanation.

I was motivated to create a photographic reportage on blind people to personally confront myself with one of the fears of my childhood and, as a photographer, I wanted to have the opportunity to visually describe the lives of blind people, their fears and difficulties, the dangers and challenges they have to cope with. Through this photographic series, I wanted to investigate the human aspect of this critical handicap, showing the adversity of their daily lives as well as the way they manage complicated situations, and how they personally feel about being blind. I wanted to understand how the simplest tasks such as sitting, walking, or drinking a glass of water are performed, and how they relate themselves to their immediate surrounds without the ability to see.

According to researches of the “International Agency for the Prevention of Blindness” approximately 314 million people worldwide live with low vision and blindness. 90% of them live in developing countries like South Africa – the country my work takes place.

I strongly believe that the beauty of documentary photography lies in its ability to represent social issues drawn directly from life. For this reason I chose to visually report South Africa and its peculiar social situation: lives of blind people in rich and healthy hospitals as well as in poverty-stricken townships, in a country ridden with many other widely known problems such as the highest number of HIV positive inhabitants in the world. 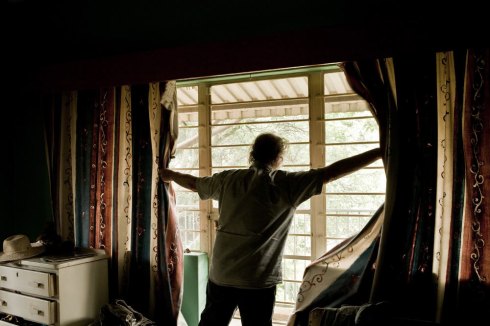 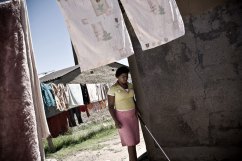 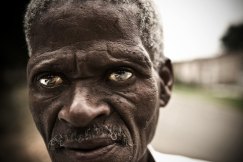 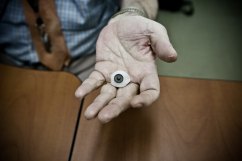 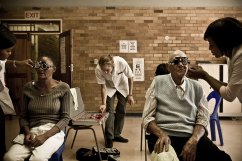 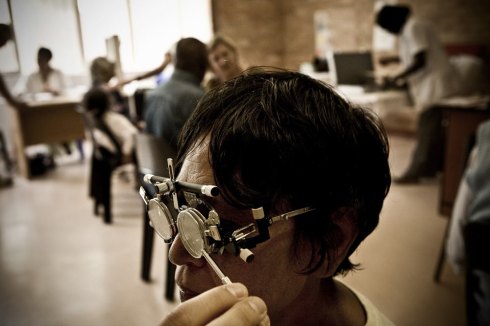 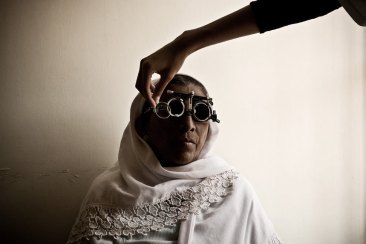 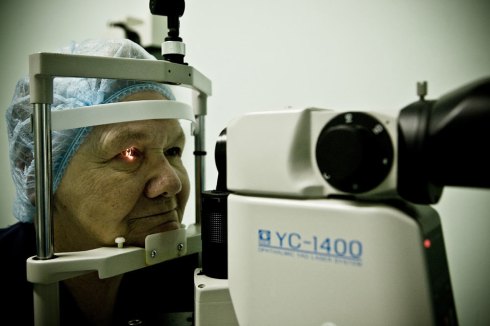 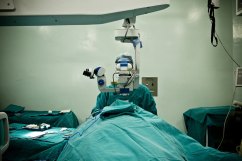 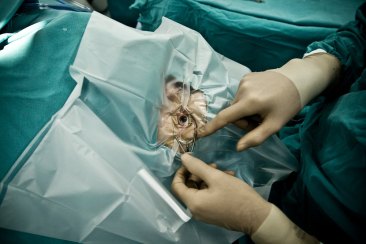 He knew he was in his own home, he recognised the smell, the atmosphere, the silence, he could make out the items of furniture and objects simply by touching them, lightly running his fingers over them, but at the same time it was as if all of this were already dissolving into a kind of strange dimension, without direction or reference points, with neither north nor south, below nor above.

The second chapter of this project is my attempt to go deep into the introspective side of blindness.
I tried to describe the inner part of the blind world, focusing on the detachment between a blind person and the surroundings, so to put an accent on the strength, the determination and the lightness of blind people. 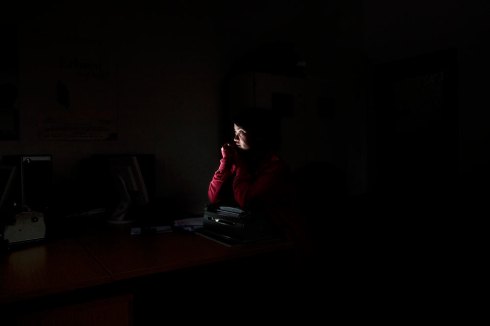 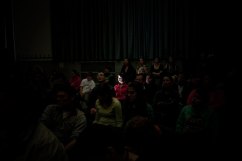 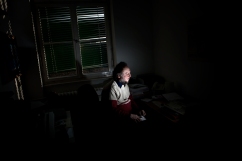 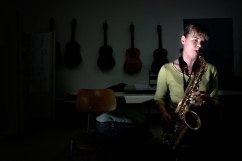 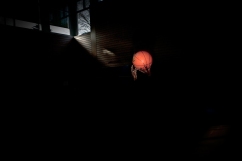 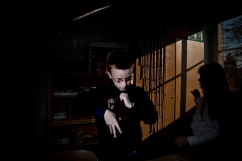 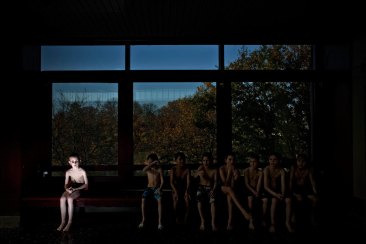